Posted by Francisco Reynolds on 9:36 am in Obtaining Passports | Comments Off on Lawsuit Appeals for Intersex People to Be Able to Obtain Passports Without Specifying Gender

A lawsuit has been filed on behalf of one Dana Zzymm, which appeals to the United States federal government to change the way people who do not identify as either male or female can apply for passports. Zzymm is represented by Lambda Legal, and they name John Kerry, the current US Secretary of State as a defendant.

What Are The Current Laws Regarding Passports And Gender?

At present, to be granted a passport in the US one must declare as either male or female. In the case of transgender people, a new passport can be issued changing the gender of the holder if medical evidence is supplied. Temporary passports are also issued to people undergoing gender realignment.

However, for people who are ‘intersex’, that is, people born with ambiguous physical sexual characteristics, there is currently no option, meaning that to obtain a passport they must select male or female.


While 1.7% of Americans are thought to be intersex, which is actually around the same proportion of the population as those born with red hair, many are thought to identify as either male or female and use this gender in their passport applications. Zzymm believes that those who identify simply as ‘intersex’, should be allowed to take a third option of ‘other’ or similar, or not have to specify a gender at all, because they are otherwise forced to lie.

Some other countries including Australia and New Zealand already have these provisions in place for intersex people, though Australia does require people to present evidence from a psychologist or doctor to show that they really do have valid grounds to be issued a passport that doesn’t show them to be a man or a woman. Zzymm believes the same rights should be available to Americans.

When Dana Zzymm was born, no gender was written on the birth certificate, as is common with intersex people. Zzymm’s parents opted to raise Zzymm as a boy, and Zzymm identified primarily as man, joining the US Navy as a male. It was later, when in attendance at Colorado University, that Zzymm began to identify more as intersex, and began working with Intersex International – an organization that helps intersex people and campaigns for their civil rights.

Zzymm first applied for a passport in order to attend one of Intersex International’s meetings in Mexico, but was unable to go as this application was refused. It was this event that inspired Zzymm to work with Lamda Law, who have previously been involved in gender issues related lawsuits, to try and change the way the US passport system views gender.


Dana claims that as someone who has worked in the military to protect the rights of US citizens, it is only right to actually be able to take advantage of some of those rights – like the right to be able to hold a passport and travel. It will be interesting to see whether this case creates the pressure that would be needed for the federal government to revise gender on the US passport.

How to be a successful lawyer and have good public relations

Posted by Francisco Reynolds on 9:23 am in Public Pelations | Comments Off on How to be a successful lawyer and have good public relations

Every state has given millions and millions of lawyers. All those people working in large law firms but of course there are those who want to set foot in this business but just do not know how.

Of course all depend on good marketing and good quality connections with the public. Those firms couldn’t work without marketing.
Of course we are not all born speakers, and because of that these companies have people who will speak in their name and instil confidence in the people who need them. Because there is legal PR firms that help us to improve relations with the public.

If you want to do in job like this, you’ll must be very strong and be persistent. No company in the world became popularover night but they needed years and years for this and thanks to today’s technology and the Internet, which is visited daily by millions of people, it will not be a problem. You can do it in easy way, when it comes to makingyour own website and promote yourself and you work as much as u can.

You can write what type of school you finished or what you offer to the costumes, whatever you write it will benefit. It’s really important that it all looks good and everything must be in order to have the greatest demand so people can choose you to work for them.

You need to make good advertisement and that is very important thing. Making it look very interesting and funny. This is how big companies are making money. They are depending of their marketing. With good marketing you can achieve a lot. You can make your small company prosper and great. At the end, everything comes to good relations and knowing key people. Your starting clients will of course be your friends then friends of your friends etc. You can make your business flourish in that way.


You can start your marketing ideas online. For example you can post some material on YouTube which will attract customers and clients to you or contacting some blogger and had him write some article about you. Good relations with the media can present a good thing for you, either. Mass media today are determining whether you are a big fish or not in this business.

If you make a good media relations then that means bigger publicity and better public relations. There are many good ideas for marketing and it all comes from thinking out of a box. You can present and promote yourself anywhere. Of course, some minor talent is required for this. If you don’t own it then simply hire some company which will do that for you.
It is very important to devise your own plan for the future. If you have some big moves with your company or some big cases are coming, then it is very important to prepare everything. Make sure that you have a good plan for everything what you are up to and everything will be great !

5 Attorneys Receive Awards for Being Extraordinary

Finally some good news for you to read today, although the 5 attorneys who received the Attorney General Award for their work, were helping to solve a huge case of fraud that helped cause the financial crash in 2008.

The five prosecutors were honored at a Washington D.C ceremony, which was attended by Eileen M. Decker,the United States Attorney, the honorees and their families too. The case involved one of the nation’s largest banks, the Bank of America, and their historical settlements with credit ratings agency S&P.

What Was the Case in Question?
The case these five attorneys successfully cracked was one of the largest settlements ever issued by a credit rating agency of a whopping $1.375 Billion from the Standards & Poor’s Rating Services.

Through the financial crisis in 2008 and prior to it in 2007, S&P ignored the advice of top analysts that they had given inflated ratings to both theCollateralized Debt Obligations and RMBS’s (Residential Mortgage Backed Securities). These were all inflated to help improve the underperforming lending offers they had on offer to make them seem more attractive to clients and yet actually caused major harm to investors (up to $20 billion in one case with a federally insured financial institution) and likewise contributed to a larger more devastating consequence when the market collapsed.

This act alone of over inflation on the credit ratings saw rise to the worst financial crisis the world has seen since the Great Depression and one the world will never forget, so the attorneys who single handily helped to pin point the errors and bring the case to justice receiving such a prestigious reward is the least that could be done.

Who were the Attorneys and Prosecutors in the Case?
These individuals were part of the team who obtained a colossal $16.65 Billion from the bank of America as settlement for their fraud in securing residential mortgages for their clients.

Assistant U.S. attorneys Brent A. Whittlesey, Leon W. Weidman and Evan J. Davis all received the Attorney Generals Award for Distinguished Service and their key roles in prosecuting for this huge case of fraud. They were just 3 of the full 13 strong team of auditors and attorneys who have been recognized for their very important roles that investigated RMBS, Merrill Lynch, Bank Of America and Countrywide, and managed to get billions of dollars in penalties for their wrong doings.

Now, finally, justice has been served and the people responsible for helping to serve it have been appreciated and recognized for their persistence, hard work and sheer determination in finding a resolution, a resolve and putting this case to rest with a massive positive result.

It is only unfortunate that it wasn’t caught before it happened but since the collapse, banks, credit ratings and the whole financial world has had its ropes tightened in the hopes that something like this will never happen again or at least will be caught long before it has any negative repercussions like we saw back in 2008. 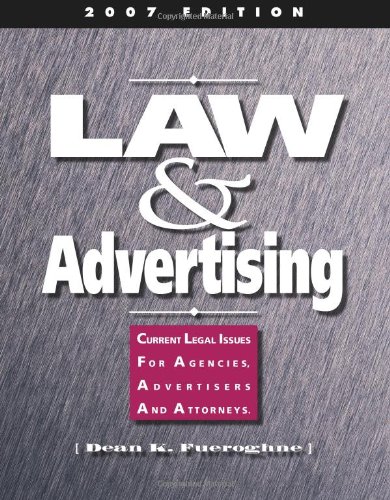